My effort to buy fewer clothes hit a snag: I’ve been wearing out all the jeans that fit me that I like.

So, I decided that it was time to take in the legs of a couple pairs of jeans whose waists fit.

I sort of used this tutorial from Cotton & Curls — but not really. You notice she took in the pants on both sides of the legs. That’s a great strategy for trousers, where both sides are sewn with straight stitches. However, jeans are generally only straight stitched on one side seam, so I chose to only alter that side because it’s easier.

I started out by sizing the jeans to a pair of skinny cords I have and like (and realized I’ve almost worn threadbare now — yikes!) 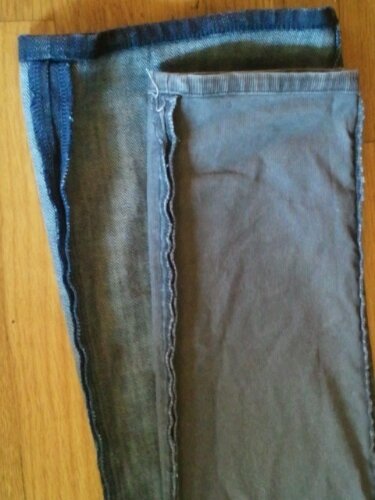 I pinned the legs along the line I drew with tailor’s chalk and tried them on inside out to make sure the sizing was about right. 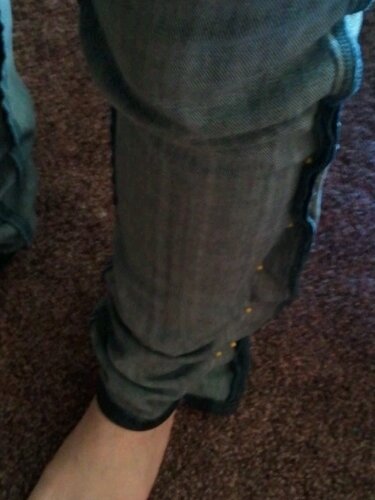 I tore out the hem at the bottom (new hem to be done after tailoring them for height) and starting sewing along the outside seam for a bit before moving in along my line. This helps to make a flawless transition for the tailoring. If you don’t do it, you’ll have weird seams along the sides. 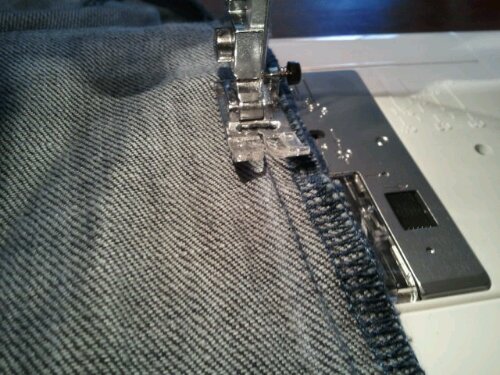 I also put another row of stitches in (a good idea for all garments you make) before I tried them on again and cut off the excess. 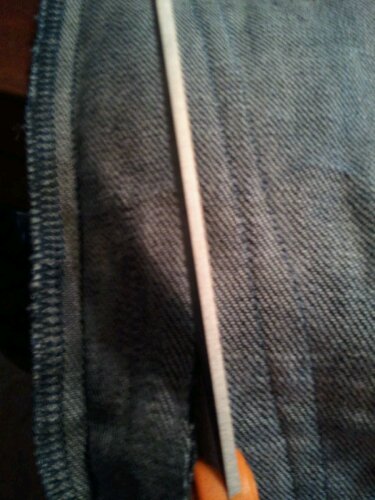 Can’t tell where the original sewing ended and mine began, huh? 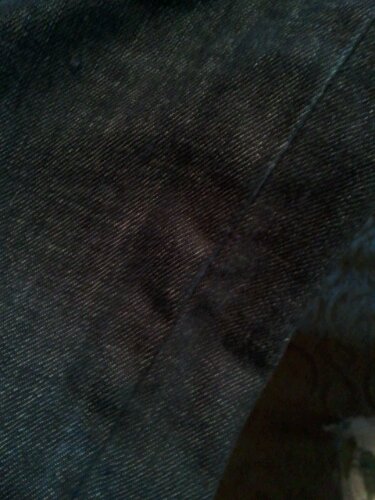 A finished shot in the bathroom mirror at work. I haven’t added the hem yet, so I’ve just been rolling them at the bottom. 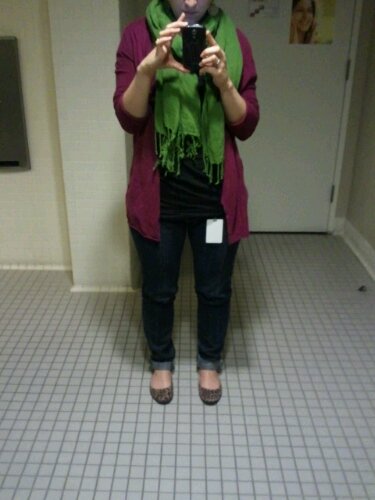 The first time I wore them, I felt like the right leg was looser than the left. Fixed that. Now, I feel like they’re a bit baggy in the knees… so I think I’m still going to be doing some adjustments. However, the method’s worked really well — and I am wearing them and I wasn’t before. I liked it so much, I did a second pair of jeans. And then I picked up another pair at a clothing swap that I’m going to do. Plus, I have two other pairs of pants to remake (one pair just has the loose knees problem).

All in all, saved me $100 on jeans so far. Wish I could give myself credits toward new clothes!